We think we produce two pretty awesome podcasts (and you can listen to 2 Minute Movies and 2 Minute Telly now), but there are tons of great shows out there from our friends across the podverse.

There’s nothing we love more than discovering a new show we immediately add to our playlist. Something which becomes a must-listen, and you never really know how you got through the day without it.

So we thought we’d put a list together with some of our favourite podcasts about film & TV for you to enjoy. Give them a listen and share some your own picks in the comments below.

Launched at the start of 2021, W-Rated is a fortnightly podcast hosted by Daisy Edwards and Clare Hope reviewing the worst films of all time, inspired by IMDB’s worst 100 list. With only a handful of episodes, this is still in its infancy, but with each episode the show goes from strength to strength as the two continue to hone their style, tone and delivery. It won’t be the best production value you’ve ever heard, but fundamentally it’s a show which reels you in with the concept and keeps you there with tons of personality.

If you like a bit of science fiction then this is the podcast for you. The Sci-Fi Wise Guys are two American friends discussing a different movie or theme each week, covering everything from The Justice League to Mortal Kombat. They launched the show in mid-2020, but their polished delivery, excellent radio voices and well-produced shows would make you think they have been broadcasting for far longer. It’s the little audio sweeps between segments, the lack of “urms” and “ahs” and the crisp, clear audio – that attention to detail really shines through; though they could do with a shorter intro (anyone who speaks to me knows an overly long theme is a huge pet peeve). The great thing about this show is that you don’t need to love the genre; like any great niche podcast, all it takes is one episode and even the most anti-sci-fi of you will be hooked.

The Fantasy Reboot Podcast is produced and hosted by Simon, and you can tell this is a guy who knows a thing or two about radio. Getting a bunch of friends and family together to record a podcast sounds very simple, but he makes it look pretty effortless. The concept is also very compelling – each episode sees the group attempt to recast a different classic movie, and in the next episode they reveal listener suggestions. It’s a highly effective idea, but also benefits from not time-stamping itself – you can listen back to the whole first series at any point and it would still be as funny as the day they launched. Having a younger member of the family record little voiceover bits is also a brilliant touch which wraps the show with a real homeliness. You feel like you’re an invited guest to a big family dinner, in the best way possible, and I cannot wait for the next series.

Really good TV review podcasts are few and far between, which is why I’ve tried to include two of the best in this list (but of course I think 2 Minute Telly is the best of them all!!). One of them is Bingewatch, a show hosted by established journalists and TV critics Hannah Fernando and Ian MacEwan, who have teamed up to bring a weekly roundup of all the new shows to hit our screens in the last seven days. Interspersing clips from the shows creates a light-hearted magazine sense, punctuated by their casual but clearly knowledgeable style. Additionally, the <30min episodes make it an easy listen from people you can trust. They really understand their audience, and that is the core strength of this show. This should be a staple part of everyone’s podcast diet. 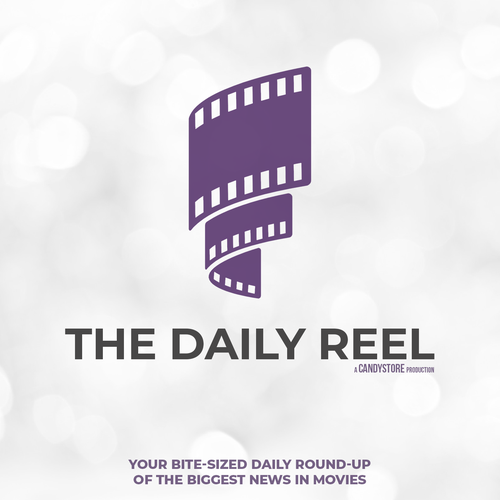 Van Connor is one of the best damn film critics in the universe, and you can also hear him review movies in rapid fashion over at 2 Minute Movies. Okay, shameless plug out of the way. The Daily Reel is genuinely a great show for a quick daily fix of movie news. Van’s five minute bulletin is released every weekday at 6am, which makes it the perfect addition to Alexa’s daily flash briefing. With none of the fluff, you can stay completely up to date with everything you need to know about Hollywood before you even get out of bed.

This is the newest podcast on the list, but an equally worthy listen. Film critic and blogger Lucy Buglass takes full advantage of her growing social media gravitas to pull in some excellent co-hosts each week, discussing both new and classic shows with a nice brew in hand. The show is truly excellent and shows off Lucy’s innate ability to make her guests feel comfortable and conversational. She has an incredible subject matter expertise which would hold its own on even the snobbiest podcasts, but you wouldn’t know because she reigns it in and holds focus on the guest. It is one of the best interview podcasts around, and I would not be surprised to see Lucy make her way to radio & TV with her very own chat show one day.

So there you go. Six podcasts you should absolutely go and follow. You can thank me later. What are you listening to at the moment? Besides 2 Minute Movies & 2 Minute Telly, obviously 🙂

Comment below with your own suggestions – we love to hear about those hidden gems you can’t stop listening to!